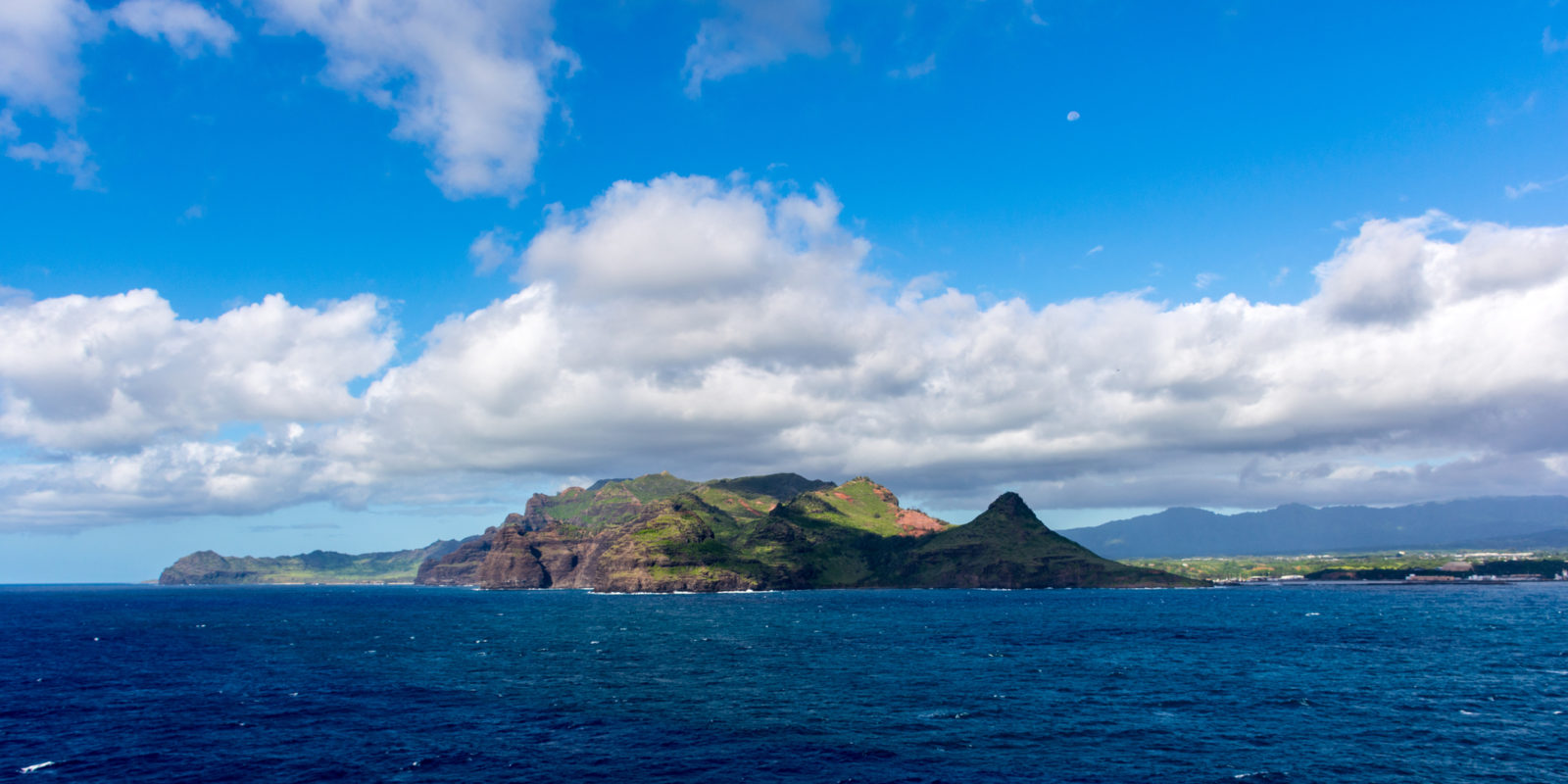 The Hawaiian island of Niʻihau (which has been anglicized to Niihau) is Hawaii’s seventh-biggest inhabited island, which measures around 28.2 square kilometers or 69.5 square miles. It is situated across from the Kaulakahi Channel approximately seventeen and a half miles to the southwest of Kauaʻi. According to the US 2010 Census, it has a population of 170. Niihau Islands has several intermittent playa lakes that provide habitats for several species including the Hawaiian stilt, Hawaiian coot, and the Hawaiian duck. Niihau is designated as a crucial habitat for the endemic and endangered species called the Hawaiian lobelioid Brighamia insignis. Native Hawaiian is the main language of the local inhabitants who are renowned for their fine craftsmanship.

Elizabeth Sinclair bought the island in 1864 from the Kingdom of Hawaii for $10,000. Since that time the island’s private ownership has continued to be passed onto Robinson family title-holding descendants and is still in their possession. Since, in general, it has been off-limits to everyone other than the Robinson family, US Navy personnel, government officials, invited guests, and family members, it has been dubbed “The Forbidden Isle.”

After the island was sold, the island’s original inhabitants, who are called ‘Niihauans’ could stay. However, access was restricted to outsiders, including people from the neighboring Hawaiian islands. The Niihuans who are on the island these days most live according to their ancestors’ way, with most of their time being taken up by fishing and hunting. They speak in their Native Hawaiian language. However, some do speak English due to access to the outside world and the school on the island. They do not pay rent and mostly travel by bike or foot. They rely on generators for electricity and rain catchments for their water.

To this day, just the Niihauans, Robinsons, and few guests that are invited can be on the island or close to the dozens of houses on Puuwai, which is the only settlement. However, since 1987, there have been a limited number of hunting safaris and supervised tours that have been allowed for tourists to visit the island.  Currently, the island is managed by the brothers Keith and Bruce Robinson.

Sold with the Promise to Preserve

In 1864 Niihau Island was sold to the Sinclair family by King Kamehameha V for $10,000 in gold. Allegedly he required the Sinclairs to promised they would preserve the unique way of life on Niihau and the native Hawaiian language. These promises helped to ensure that the Niihauans were able to enjoy what so many travelers these days look for all over the world – the luxury of being able to experience an untouched and secluded habitat. Bruce Robinson said in a 2010 ABC News interview that the family does its best to comply with the request made by the King by keeping the island maintained for the native people of Niihau in the same way that he had. Bruce Robinson is married to a native Niihauan woman, so it is a top priority of his to preserve the native Niihauan culture. He says that the island has a feeling of renewal and inner peace that the outside world does not understand. The other Hawaiian islands and Western culture have lost this feeling and Niihau is the only place where it still can be found.

Getting a Glimpse of the Forbidden Isle

Although the native Niihuauns and the Robinsons are very protective of the island, there are a couple of sanctioned ways that you can experience this beautiful island. Kauai Tours organizes boat tours where you can explore the pristine waters surrounding the island. They offer day-long snorkel and dive trips to Lehua Crater which is just north of Niihau.

A hunting safari or guided tour can be booked if you would like to visit on shore, and you will be ferried by the Robinsons via their private helicopter to some of Niihau’s remote parts. There is a half-day tour that involves an aerial look at the island along with snorkeling at a remote beach and long. You can get even more access to Niihau Island with a day-long hunting trip. It costs around $1,700 per person. The tours help to support Niihau’s way of life but during the tours, the village is kept from sight to protect the native people’s privacy. Another quite popular tour is scuba diving Niihau. Many are hoping to encounter the endangered and endemic Hawaiian Monk Seal.

Although Niihau island is isolated from the other parts of the world, its inhabitants are not. Over the years, the island’s perceived mystery has generated a lot of speculation about life on Niihua being extremely isolated. However, Bruce Robis says that although Nihauuan is an ancient kind of culture, the people are very modern and have a chance to live in an area that few people get the chance to see. People leave the island constantly and most people have visited the mainland. They are very familiar with the cities and some people are quite well-traveled.

The Forbidden Isle Of Niihau Island

Why You Should Book A Bangkok Hotel Room...

What You Will Need When Relocating To Po...

Serviced Apartments Are Popular In Bangk...